Tools Up! You Can Renovate Homes with this Fun Couch Co-op Now - myPotatoGames

Tools Up is a local cooperative game about home renovation developed by The Knights of Unity and published by All in! Games. Wait! I promise you it’s a lot more fun than that sounds. With up to 4 players you can make your way up several floors of a skyscraper and play a level in every apartment. You must successfully follow the instructions of your blueprints (i.e. by painting the right walls the right colors) in a race against the clock! The game released on December 3rd, 2019 on the Nintendo Switch, Steam, Xbox One, and the PS4. I’d like to thank the creators of Tools Up for supplying me with a Nintendo Switch code to write this review!

Choosing Your Mode and Renovator

The game starts with a short but hilarious opening scene displaying the utmost incompetence by a team of renovators. You have your choice of Party Mode where you can just play the levels you unlocked in Campaign Mode for fun or attempt said main game and achieve as many golden stars as possible. You can choose your avatar from a small pool of pre-set characters and then change their skin tone. These characters all look a little silly and it’s too bad I couldn’t play as someone…a little cuter. Although you can unlock more characters as you progress and I was slightly happier to be a chubby alpaca.

Read Those Blueprints First and Always Refer to Them!

Instead of going through a tutorial level or having instructions shown clearly before entering a level, you’re kind of on your own with figuring out what to do. With a lot of trial and error, I eventually got the hang of the controls and requirements to pass a level and it got a easier from there. One player should always go get the rolled up paper that are blueprints in order to know what work needs to be done.

There are images showing in color either walls or floor with the name of the room in the top left-hand corner. I found it to be strange that text doesn’t also appear above the rooms when looking at the blueprints so you know which rooms are which. However, after careful examination, I noticed that while the blueprints were being viewed, they were showing the end results of your rooms, not their current state. The rooms that need to be done pop-out ever so slightly but it’s really easy to miss. Switching back and forth from looking at your blueprints helps to spot the differences.

Rotate Your Camera the Way You Like Before Moving on

In a couple of levels, the game decides to throw you a curve ball with the blueprints where one gives you a second one to work with which was fun, and the other had 3 from the start all saying different things which wasn’t so fun. There was no explanation as to which one we were supposed to follow so I tried all of them to see what stuck. Another thing that will keep you going back to your blueprints is the fact that it’s the only way to rotate your camera and see different angles of your rooms. For the most part I never bothered as objects are highlighted unless I missed a spot and couldn’t see where. It’s such a simple thing, rotating the camera, that I think should be accessible at all times in order to relieve a world of frustration.

Know Thy Tools and Objects

Surprisingly there is a lot of variation with your renovation just like in real life which keeps things fresh and entertaining. With floors you can use carpet, laminate or tiles, and walls you can use paint or wallpaper, all in various colors. You’ve got your paint cans (which could be a little more obvious as to their colors), a garbage can for recycling, your grout, glue, or whatever else those bag and boxes were, and the items mentioned above. Sometimes it could be hard differentiating between your mixing items because the labels are small, they’re all white, and I also have no idea what certain things are used for because I’m not a real-life renovator and need a little more hand-holding.

Aside from that, and a hammer for later levels, you have no actual tools that need grabbing. For example, your character can walk up to a paint can to load up their roller and walk up to a wall to paint instantly. The difficulty lies mainly with your recycling can because there’s only one and you need to share. Meaning, you need to carefully plan what you and other players will be doing. Figure out what order you will be doing things as grout is needed to put down first before your tiles, or glue needs to be applied to the walls before you put your wallpaper.

The Recycling Can is Your Best Friend

The recycling can is portable and you need it to strip old flooring or walls or to pick up messes, but you also need to use it to pour mixing stuff in it. You can’t do both at the same time so the can needs to be emptied outside after use in order to switch to something else. The can also needs to be emptied when it’s full from recycling, or re-filled if empty when using it for mixing.

Most of the time, you won’t even have all of the items needed to do your work from the start. A delivery man will show up at the entrance and ring the doorbell. You need to respond quickly before they leave (don’t worry they return later) and grab your stuff! It’s pretty easy knowing the difference between a roll of carpet, a square box of tiles, or a long box of laminate. However, sometimes the patterns printed on one side of the boxes are hard to discern if they resemble others too closely. Perhaps that’s supposed to add to the challenge because you can add the wrong wallpaper to the walls but can always strip it and redo it.

Where the game starts to resemble Overcooked, in a good way, are the crazy apartments where people would never actually live. Moreover, there are levels where there are lava pits to avoid and ice that will send you flying. There were also slight changes in theme, such as with how the doors to rooms looked like. Not every room had a door in all directions so the apartment can be quite the maze to navigate, especially when only one player can walk through a door at a time.

Don’t Let the Door, or Dog, Smack You on the Way Out

Speaking of doors, I hate them. You have to make a point to open them and can’t do so while holding something else, even if it’s just trash for the recycling can that you can’t get rid of. Which means there were times I need the other player to bail me out. Other times you can swing through them but they can get stuck on objects or people that are in the way. Then there were times where I accidentally punched the doors right off their hinges which is probably for the best, even if you need to put them back before ending the level. Something that would have abated my hate for doors I think would be to have opening or closing them be its own separate button.

The difficulty of the floors you’re on in the skyscraper isn’t so much linear as it is just random. There are a total of 30 apartments (levels) and you use an elevator to progress to another floor. Somewhere in the middle of the game was the hardest level which included an annoying little dog that would chase your around or knock stuff over. It was chaotic, but I also appreciated the fact that the levels were so varied. That, and the fact that there’s a high score system, keeps me coming back for more. You only need a certain amount of points to get 1 star out of 3 to pass that level so I love trying to perfect every one of them. Stars are also added up overall so you may need a certain amount to unlock the next area.

Strategize and Communicate With Others

There are strategies you can form in order to get things done as quickly as possible. Each player can work in a separate room or you can help each other out in the same room. Some rooms are smaller than others so it can get a bit crowded, especially if there are also objects in that room that you need with you. Where to place those objects is something you need to take into account as well, because putting them in front of a door isn’t the greatest idea. You may come across some furniture that you need to move out of the way to access the floors and the walls but it’s nice that you don’t have to put them back afterward.

When you’re done renovating, you do need to “tidy up” withing the time limit before finishing the level! I mean, it’s the respectable thing to do anyway. You can throw all things, and people, which can create a mess such as paint spills. Or just flat out run into your paint cans from rushing and knock them over. Then you can slip and fall in those paint spills and lose a lot of time that you could have used, you know, doing something productive. If that happens you need to use your portable recycling can, as mentioned above, or go outside with it. All objects that you used must also be brought outside so that nothing is left inside the apartment. I like putting say, my carpet, to the curb once I’m done with it anyway to get it out of the way and to see what’s left.

All in all I really enjoyed playing Tools Up and it offers several hours of gameplay with your friends and family. You might not even want to strangle your loved ones with such nice classical music playing in the background in-game. The complaints that I had have even already been addressed on Steam and will coming with a new patch for the Switch soon. It’s well worth the price and it’s also the perfect time of year to play those wintry levels right now! Here’s a link to purchase the game on the Nintendo eShop. Overcooked 2 also currently has festive free DLC you can find out more about in my article here. If you’re already a fan of Overcooked, you’ll definitely love Tools Up! 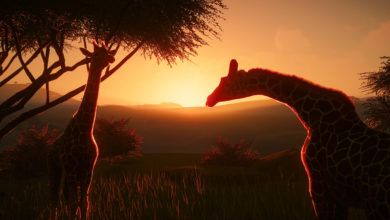