Since the initial release of Professor Layton and The Curious Village for Nintendo DS back in 2007, Level 5’s Professor Layton crime-solving puzzle games have become a firm favourite with gamers worldwide. It’s therefore no surprise that Level-5 decided to port their most recent spinoff game, Layton’s Mystery Journey to the Nintendo Switch console.

The game’s full name, Layton’s Mystery Journey: Katrielle and the Millionaires’ Conspiracy – Deluxe Edition (what a mouhtful!) will be released on November 8th of this year; right in time for the magical holidays. It will be available to purchase both digitally and physically.

In the 3DS version of the game, The notorious Professor Layton is absent. Layton’s Mystery Journey stars the Professor’s previously unmentioned daughter Katrielle as the Protagonist. Katrielle has undoubtedly inherited her father’s intelligence, but sometimes has people dubious due to her ‘gut feelings’. She is also a little more outspoken and disorganised than her gentlemanly father.

The Professor has been missing for quite some time, and Katrielle is starting to become worried. Nevertheless, she decides continue her father’s legacy and sets up the Layton Detective Agency. Alongside her talking dog (Sherl), her infatuated assistant (Ernest Greeves), and her rival (Emiliana Perfetti) she tackles various difficult cases presented to her by fellow Londoners. The mysteries are often odd, with unexpected culprits, which makes the game unpredictable and interesting.

The game is similar to previous games in the series due to the ability to find and solve puzzles, explore surroundings, collect items, and play minigames. It differs in that instead of having one main storyline with chapters.

The Deluxe version for the Switch however, has a few added features to enjoy. To read more about these, click here. 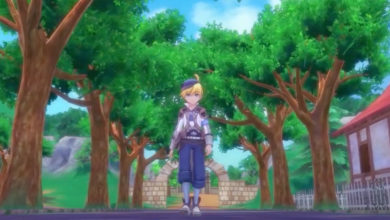 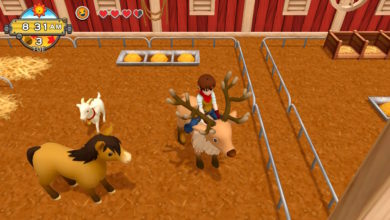 Harvest Moon One World Gets A New Release Date