[dropcap]I[/dropcap]t’s no secret that pixel-art-stylized games are popular right now (we even recently wrote an article about our favourites). Pixel-art-stylized video game fans will be pleased to hear that there is another game in development. Developer’s Aloft Studios are currently working on a Zelda-inspired game entitled Hazelnut Bastille, which they hope will bring some retro vibes and SNES magic to the Nintendo Switch console.

Hazelnut Bastille is an upcoming Zelda-esque 16-bit JRPG Metroidvania game that has been confirmed for PC, Mac, Linux, and more recently, Nintendo Switch. The game has been compared to Chrono Trigger and Golden Sun. It currently has a tentative mid to late 2020 release window.

Aloft Studios is a small indie game studio who have emphasised that quality is of utmost importance to them.

Additionally, composer Horoki Kikuta (who is known for his work on Secret of Mana) has joined the Hazelnut Bastille team as a celebrity guest composer. 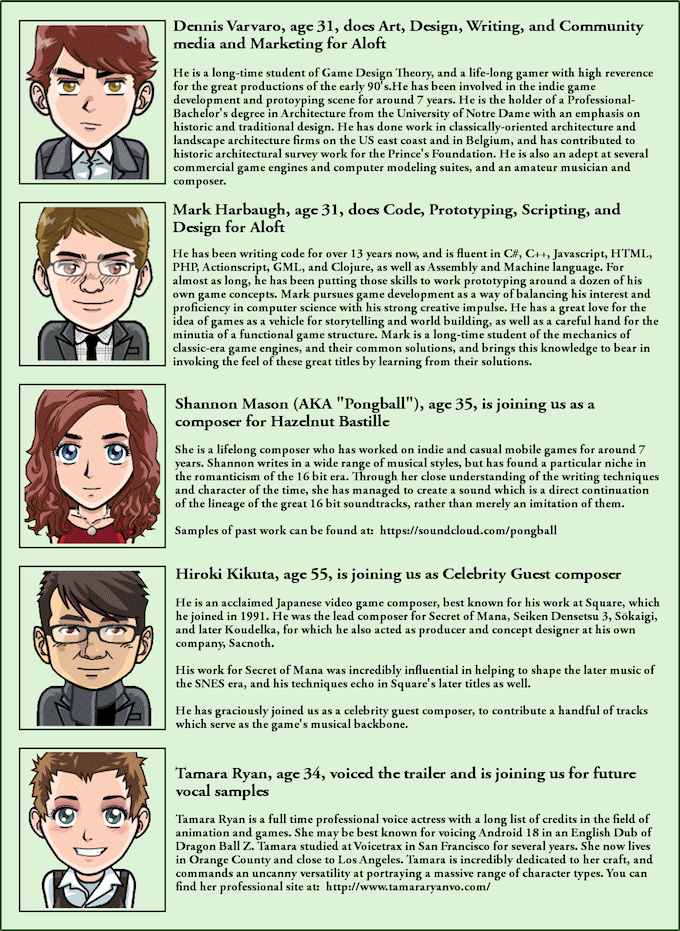 Aloft Studios have given the following information about the game in a previous interview with Nintendo Life:

“The timescale for this release will either be simultaneous with our PC / Mac / Linux release, or following some months after, as funding and development time ultimately allows, but we would very much like to see a release across all four of our starter platforms if it proves possible!”

“Hazelnut Bastille, for PC, Mac, and Linux, and now Nintendo Switch, is a lush, topdown Metroidvania in a 16bit JRPG style, which seeks to continue the great lineage of superior design from the mid 90’s- the moment in time when mainstream 2D titles reached arguably their greatest level of refinement, in titles such as Super Metroid and Link to the Past. We seek to emulate this period in most ways, from graphic presentation to audio production, to general level design philosophy. Hazelnut Bastille tells the story of a young woman who travels to a foreign shore on the outskirts of her world, in order to seek out the promised gifts of mythological ancients, in hopes of retrieving something which was lost to her. On the way, her story becomes irrevocably intertwined with the lives of those living in this far off land.”