In Yum Yum Cookstar, you’ll join chef Yum Yum in the kitchen to learn and create a variety of wonderful dishes. Take time to learn different cooking techniques from something as simple as cracking an egg, to knife skills, and even frying or grilling. There’s not a shortage of cooking techniques.

Once you’ve learned the appropriate cooking skills, you can make a fairly large assortment of recipes. There’s fun rainbow-color desserts like Rainbow Waffles and Unicorn Cupcake Cones. There’s also some savory dishes to prepare, like Falafel Pita, Sushi Burrito, and Japanese Summer Noodle Salad. Then, you present your creations to the judges to receive a score. It is a competition, after all!

The overall gameplay for Yum Yum Cookstar is fairly easy. You get a few options on what controls to use on the Nintendo Switch, which I found useful. I used the touch screen and Joy-Con controls. So, mixing and the swiping mini games were done via touch screen, while others like rinsing used the thumbstick, and baking used the Joy-Con buttons. While my rhythmic abilities are lacking, the touch screen made it easier for me than trying to use the buttons for everything.

You’ll need to learn some cooking techniques before you can work on recipes. Then, as you complete sets of recipes, you’ll unlock more cooking techniques, which unlocks more recipes to cook. You can learn each technique in a tutorial level with an unhurried atmosphere and no pressure. You can also revisit the technique’s tutorial to replay it at any time if you need a refresher.

After you’ve finished learning the techniques, you’re ready to cook the real recipes! Both The techniques and recipes involve playing a mini game. Many of the cooking techniques are rhythm-based mini games, which is fun. There’s a playful and unique soundtrack for the game that’s both relaxing and upbeat. I unfortunately am not rhythmic, so I never scored perfectly!

I would have liked to see more variety in mini games, though. It gets fairly repetitive the longer you play, because the techniques are always done one specific way. For example, stirring is always swiping left and right, swiping up and down, and making circles on the screen. There’s no change in that, or the order it happens during the mini game.

The personalities of the judges are almost as wide an array as the different types of recipes. Max Picante is the fun, light-hearted judge who’s easy to please. Basil Wellington is the snobby restaurant critic who demands absolute perfection and will test your skills. Then, there’s ambrosia, the pop star who is the middle ground between the other two judges and gives a more fair assessment.

What’s fun is that National Lampoon is responsible for the lines the judges say throughout the game. And sometimes, they throw out some funny responses. The disappointment I’ve gotten when I’ve failed tasks has been entertaining.

Yum Yum Cookstar is bright and colorful, and a perfectly casual game with the choice to have a no-stress play through. Or if you like a challenge, there’s different difficulty levels to try. It did fall a little flat for me, though.

The cooking techniques were repetitive, though that makes it easy to practice the activities to get perfect scores! Sometimes the number of mini games per recipe made it feel like an eternity making that recipe. My biggest complaint, though, is the long loading screens that occur between each segment of cooking and each segment of cut scenes. That really made the game feel like it dragged on. There’s some really fun art to look at on the loading screens, though!

However, the variety of recipes Yum Yum Cookstar has is wholly welcome and enjoyable. The vastly different personalities of the judges made their scenes entertaining, and it gives the game a competition feel. Overall, it’s a pretty good game to just pick up and play when you have a moment to fill, or are bored but aren’t looking for something more involved.

Epic Chef is another cute cooking game to checkout! 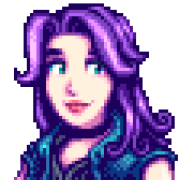 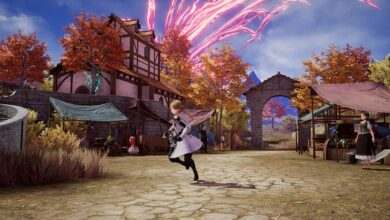 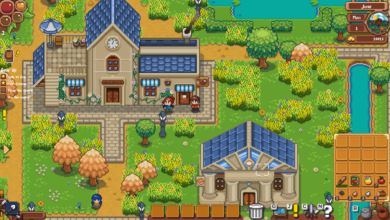