Temtem is about seeking adventure in the lovely Airborne Archipelago alongside your Temtem squad. Catch every Temtem and battle tamers around the world. This MMO is created by Crema and has just released its Alpha 0.2.5 with quite the large updates which you can read in more detail from Crema here. You can also check out all the other updates with us right here if you missed them last time. The game is estimated to release sometime in 2020 on PC (Steam), Nintendo Switch, Xbox One, and PS4. Below you can read the highlights on the newly added Breeding system and more!

If two Temtem are compatible, putting them together in the Breeding Center will create a new Egg. Eggs will eventually hatch into a new Temtem and they will be able to inherit some characteristics from their parents. The two parents will need to be one female and one male and of the same type (i.e. Fire, Electric). If a Temtem has two types, it will be compatible with other species from any of those two types.

Breeding Temtem in captivity will generate stress for the participants during the process. This stress is reflected in the fertility value of each Temtem. The fertility value is used to avoid over-exploitation of perfectly bred Temtem. Each captured Temtem will begin with a fertility value predetermined by how good they are (genetically speaking – each SV over 40 will reduce the fertility).

Each time a Temtem is used to breed an egg, they will permanently lose a fertility point. Additionally, the produced egg will inherit the fertility value from their parents (the lower value between the father fertility and the mother fertility). This way, fertility degradation will be pyramidal.

Getting and Hatching Eggs

At the Breeding Center, a new egg will be generated in 40 (real-time) minutes after the couple is deposited. If both deposited Temtem are part of the same evolutionary line, the time will be reduced to 25 minutes. When the time is up, you will be able to get back the couple of Temtem and the generated egg. The egg will hold a level 1 Temtem and the species will be the first form of the mother’s evolutionary line.

The time required to hatch an egg can range between 5 to 40 minutes, depending on the capture rate of that Temtem species. Time will only pass as long as the Temtem is equipped in your Squad but you don’t need to move around in order for the egg to hatch.

To read more about the breeding process in Temtem and how to inherit traits, can do the Kickstarter update here.

The FreeTem! Initiative is our first approach to having methods of earning infinite Pansuns and to keep all players entertained after the campaign is over. Take into consideration that this is just one of the methods that will be available in the final game.

The idea is to promote that all Temtem should be free and sent back to the wild. Therefore, you will be rewarded for every Temtem released. Furthermore, each week there will be an additional special reward upon reaching a certain number of freed Temtem. The rewards will be different every week so players are encouraged to check them frequently to not miss anything.

Temtem is filled with sidequests and sometimes even the main quest can be a bit daunting due to all the different areas of the Archipelago. This is why there’s now a Quest Tracker!

It will show the most recent quests with instructions on how to proceed. In the future, the Quest Tracker will be expanded with a full quest log which will allow you to check every single quest. The last highlighted feature is the emotes! Emotes will allow players to express themselves much better! Currently there’s four emotes available with new ones to come in the future.

Of course for more creature-collecting goodness you can check our articles here: Pokemon Rumble Rush Now More Accessible and Pokemon Masters: A Closer Look With The New Trailer. 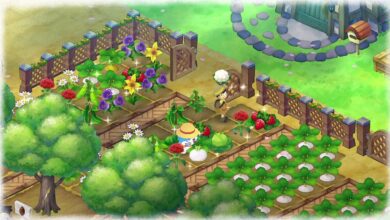