If you’re a fan of 2D platformers, you’ve more than likely heard of the Shantae series. If you haven’t than you’ve been missing out. Shantae: Half-Genie Hero Ultimate Edition is an expertly crafted 2D platformer developed by WayForward, a studio that is renowned for their expertise in designing platforming titles. Much like the previous Shantae titles, Half-Genie Hero is a brilliant experience, one that manages to tell an enjoyable story with its loveable cast of characters, while also offering satisfyingly smooth gameplay.

The story begins as Shantae, the belly dancing daughter of the genies is awoken by a mysterious spirit that warns her of an impending attack on the human and genie worlds, before she is quickly awoken to realise it was merely just a dream. After this dream foreshadowing the possibility that not all is quite right in Sequin Land, Shantae is tasked by her uncle to help him build his latest invention called the Dynamo, a device to that will ward off pirates and keep Scuttle Town safe. The blueprints to the invention are stolen by Shantae’s rival Risky Boots, sending her on a journey to recover the blueprints and the parts required to build the device, while also stopping the dastardly schemes of Risky. 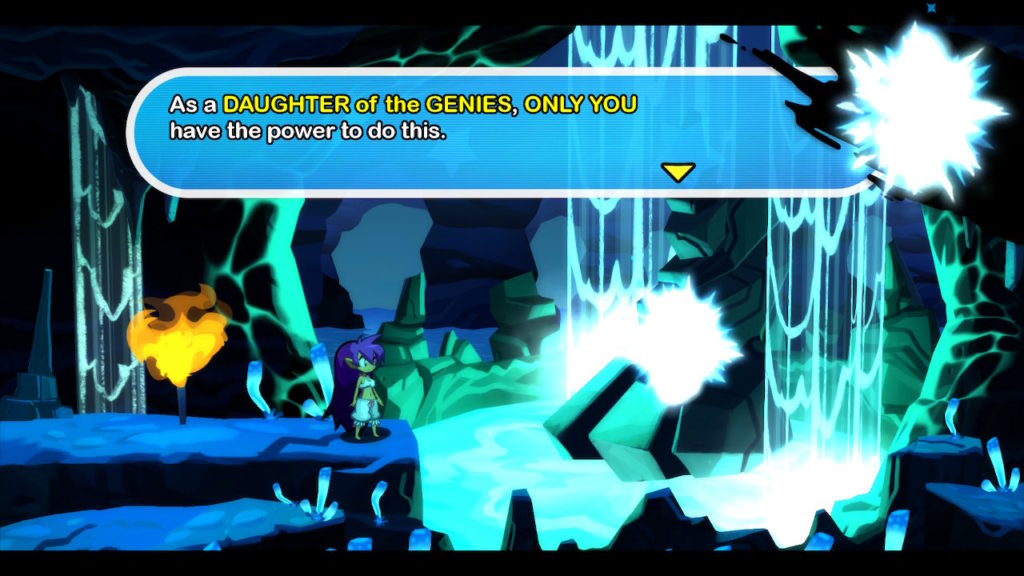 The narrative merely serves to provide a reason for exploring the locales throughout the world, but despite that, I found the story rather engaging, in part due to the brilliantly written character dialogue, as well as the substories told in each level. For example, one level sees Shantae busting a corrupt Baron trying to sell human girls with fake tails as mermaids because he can’t keep up with the demand of the mermaid selling business. The writing is hilarious throughout the entire game, with characters making silly quips and jokes that actually had me laughing out loud. The cast of characters all feel well written, which in turn led to myself growing a fondness for them, Shantae and Rottytops especially. The story isn’t overly complicated, but the simplistic and entertaining narrative serves perfectly to compliment the game’s strongest asset, its gameplay. 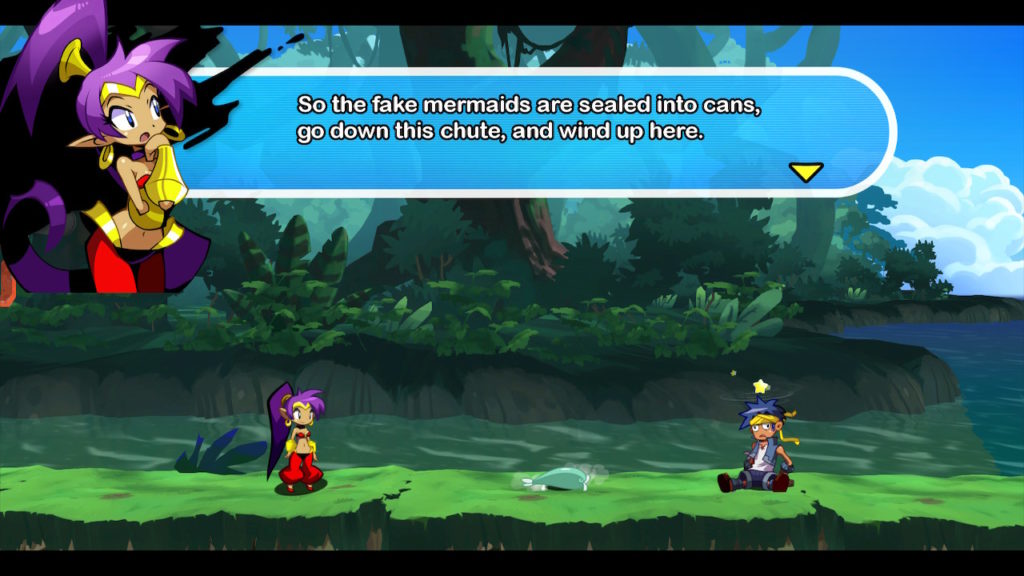 In terms of gameplay, Shantae is undoubtedly one of the smoothest and satisfying 2D platformers I’ve ever played. At its core, Half-Genie Heroes gameplay is a classic 2D action platformer, with slight metroidvania elements. Each level has Shantae traversing a linear level, using her hair to attack enemies, and her belly dancing to transform in to animals required to progress through the level. There’s a monkey who can climb walls, an elephant that can break open new pathways that were previously not accessible, and many other creatures that you’ll unlock as you progress further in the approximately 7-8 hour campaign. Boss Battles also feature at the end of each level, and this is where the combat of Half-Genie Hero shines. Despite the simplicity of incessantly whacking your foe with Shantae’s hair, it feels extremely satisfying. 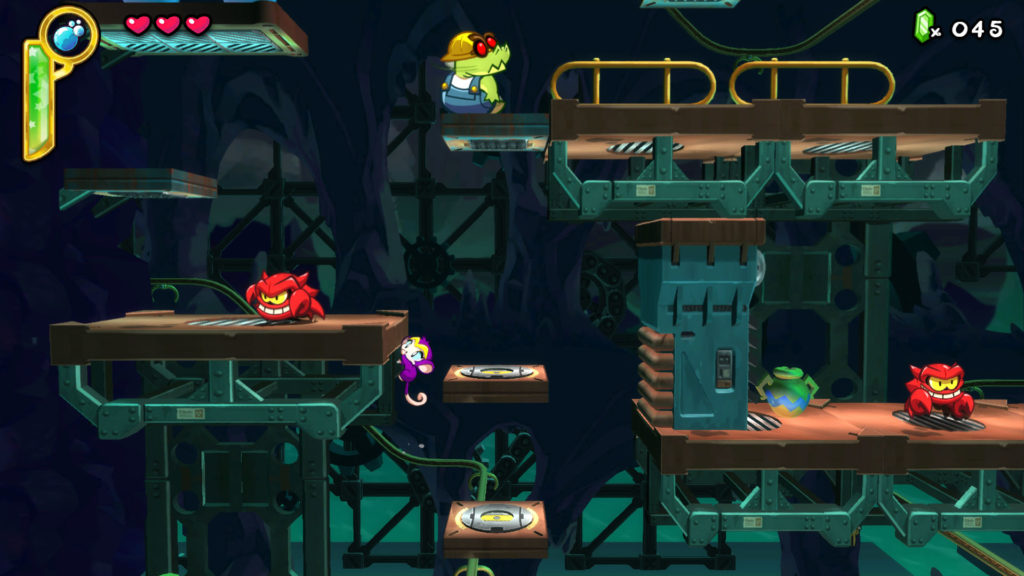 A Monkey is just one of Shantae’s numerous transformation options

You will find yourself using the aforementioned transformations regularly and they are plenty of fun to use, although most of the time they are simply used to backtrack to previous levels and collect items needed to progress the story. I wasn’t against the idea of backtracking in Half-Genie Hero, but the lack of a map within levels meant that some time was spent hopelessly looking around for the intended area I was meant to discover with my new found abilities, which was often a little frustrating. If you’re ever lost however, you can speak to the lady in the Bath House in Scuttle Town, as her hints despite not directly telling you where to go, can be particularly helpful. The item shop in Scuttle Town allows for you to cash in your gems for items such as Shampoo to upgrade Shantae’s hair, to items such as fireballs and scimitars, that serve as a secondary weapon option to Shantae’s hair. At the end of the day, Shantae’s gameplay is well refined and pleasure to experience, and despite feeling that the main game is a little too easy and not quite long enough, I had a great time from start to finish. 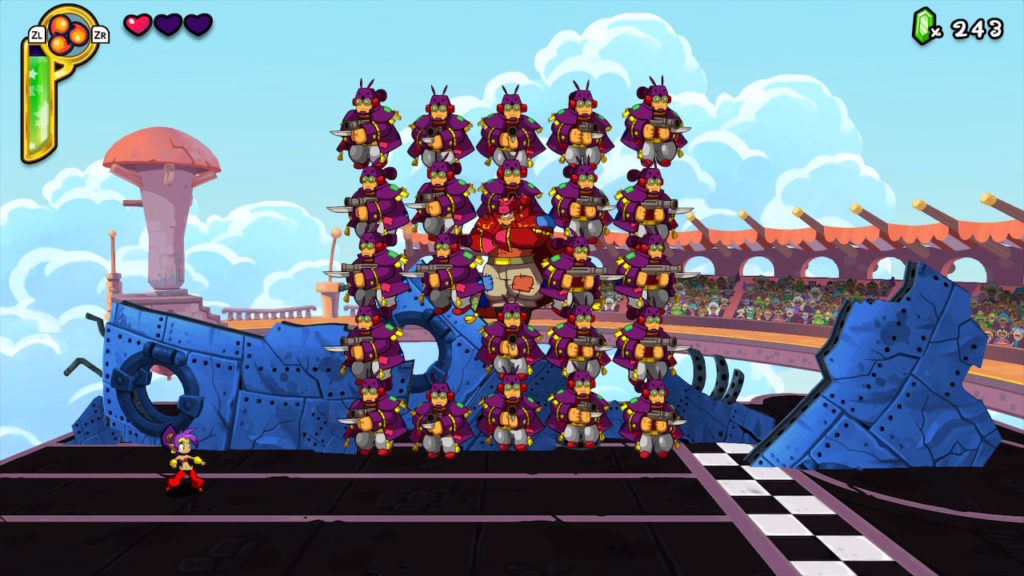 The gameplay of Shantae: Half-Genie Hero is top notch

When the main story comes to a close, there is still a surprising amount of content left to be explored. The Ultimate Edition is comprised of the Half-Genie Hero base game, as well as all of its subsequent DLC releases, meaning that you’ll have an abundance of additional modes to play through. There’s a Hero Mode that allows you to play through the main story with all the transformations already unlocked, as well as a hardcore mode that makes things a little bit more difficult than the original mode. I don’t particularly see the point in Hero Mode, but I did spend some time in Hardcore Mode, and despite it still not being as difficult as I would like, I still loved my time with it.

Friends To The End serves as a new mini campaign set during a particular moment in the main game’s story. Players assume control of Shantae’s pals Sky, Bolo and Rottytops, as they attempt to save her from giving in to evil. You make your way through each level alternating characters, who each have a distinct ability. Sky for example can build platforms and glide, while Rottytops can get through barriers by throwing her head through them (she’s a Zombie girl, it makes sense ok). The mode feels entirely different to the main mode, but it still manages to feel engaging and fun throughout it’s 3 hour runtime. The same can be said for the Pirate Queen’s Quest mode, which lets you play the game’s storyline from the perspective of the antagonist, Risky Boots. 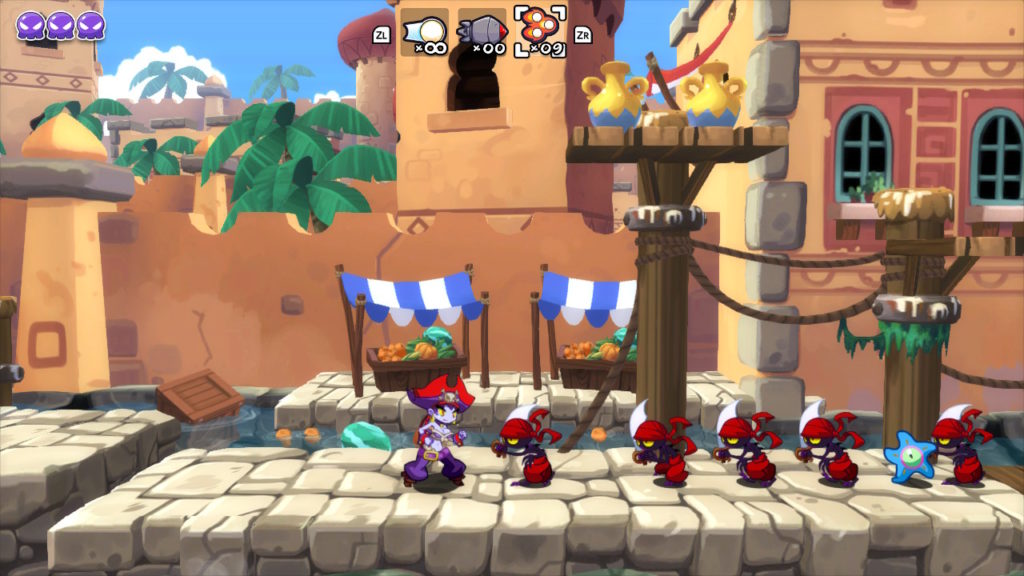 Playing as Risky Boots is a heap of fun

Costume mode offers three campaigns based solely around the costume that Shantae is wearing. The Ninja mode sees Shantae donning a Ninja outfit, which allows her to run and teleport like a Ninja, with a Katana and Shuriken being her weapons of choice. Beach mode sees Shantae attacking enemies with beach balls in her swimwear, while collecting sunscreen to ensure she doesn’t get sunburnt. It’s bizarre yet somehow it makes for an extremely frantic mode, where you are always desperate to find the next bottle of sunscreen, because without it, Shantae begins to lose health exceedingly fast (don’t forget the sunscreen kids!).

Lastly in the costume mode campaigns we have Officer mode, which sees Shantae assume the role as a Police Officer tasked with collecting the numerous space hooligans scattered around each level. Shantae’s weapon in this mode is a blaster that fires pellets, leading to gameplay that feels similar to that of Mega Man. The levels require more puzzle solving than other levels, leading to a slower pace, but the mode is still extremely delightful. The experiences offered by each mode are unique and enjoyable, and despite reusing the same levels played in the main story, the mechanics that each mode provides leads to campaigns that feel like entirely different games. If you want to invest more time in Half-Genie Hero after the main mode, I highly recommend these campaigns. 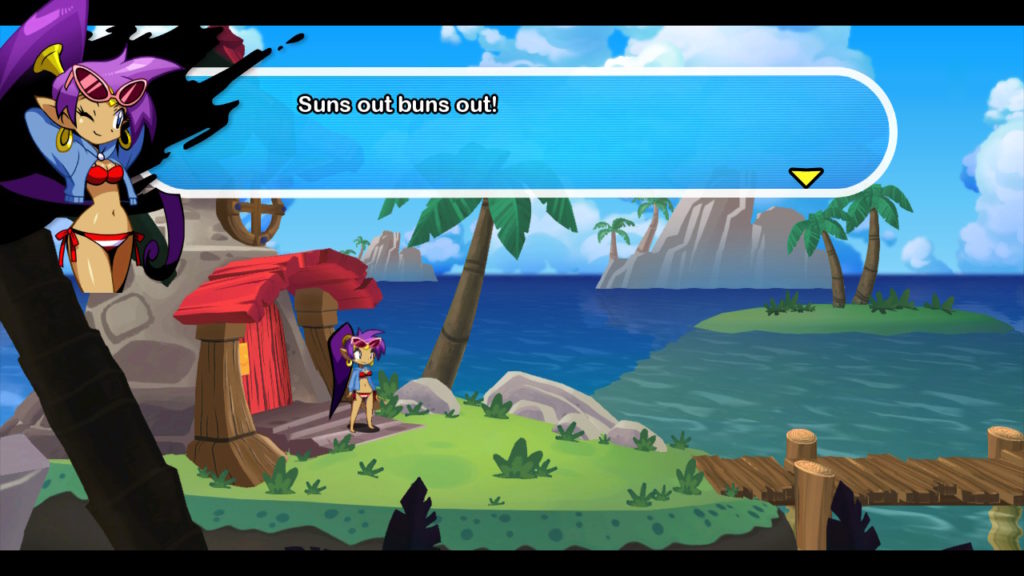 Beach mode reminds us all of the importance of wearing sunscreen

Overall, Shantae: Half-Genie Hero Ultimate Edition is a great experience that has left me completely enamored. With charming characters, astounding gameplay, a toe-tapping soundtrack and a bevy of content, it’s hard not to sing the praises of Shantae. Regardless of whether you’re a veteran of platformers or a beginner, you’re sure to derive plenty of enjoyment from Shantae: Half-Genie Hero Ultimate Edition. 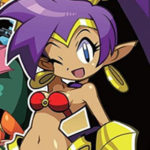