In the world of Penny Punching Princess, money is everything. In the past, physical power meant everything, but as the time’s changed, so did the people. Capitalism took hold of the world and money quickly became the answer to everything. This premise sounds particularly dark and dismal, yet somehow Penny Punching Princess manages to be a cute and colorful beat em’ up/role-playing game hybrid, that pairs an odd yet charming story, with amazingly addictive gameplay.

The story of Penny Punching Princess centres on the titular money-hungry Princess and her stag beetle butler Sebastian, as they journey to avenge her father by taking down the Dragaloan family, a devious bunch who tricked her father into investing all his money into their mutual funds and foreign exchange, which lead to debt and his death. If you think that sounds absolutely bizarre, you wouldn’t be wrong. The narrative on display isn’t afraid to be outlandish, which leads to a story that is rather silly and enjoyable. The story is aided by its brilliantly executed translation, which was done by NIS America, with the dialogue exchanged between characters being hilariously written. The character interaction in the story is told between levels through simple text box cutscenes, accompanied with the characters and their bobbing heads. Although the simplistic cutscenes are quite cute and not inherently bad, I wish there was more effort put into them, such as voice acting for all dialogue, or more impressive cinematics. It’s a minor gripe nonetheless, as I still enjoyed what the silly story had to offer. 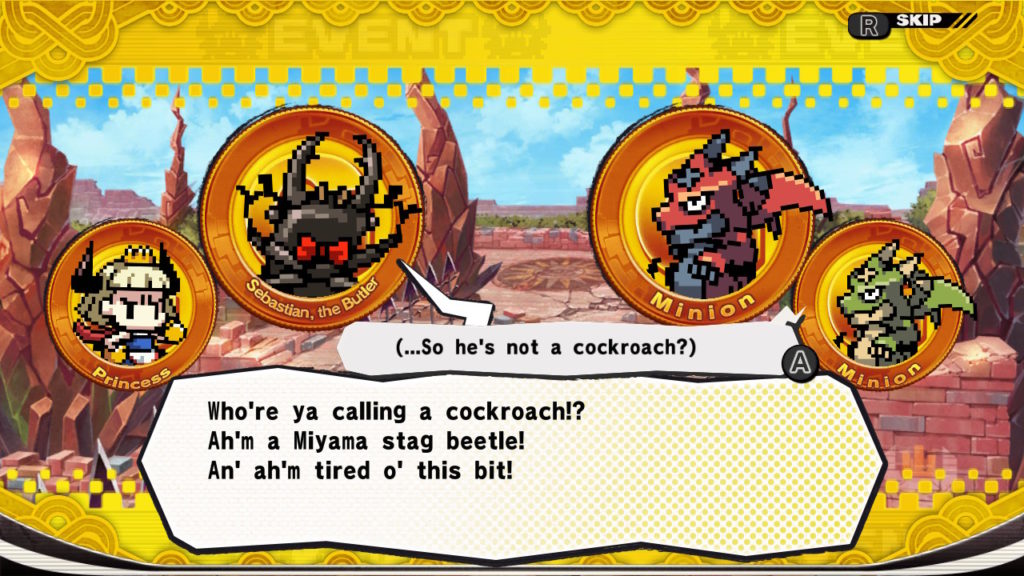 The writing on display is both charming and entertaining

The gameplay in Penny Punching Princess is undoubtedly the strongest component of the game. Each level has you tasked with taking out hordes of enemies in order to reach the end of the level. How you deal with the enemies however, is up to you. You have the physical attacks of the princess, such as a light punch or a heavier punch that can be charged in order to do more damage, as well as the greatest weapon of all, a magical calculator.

As previously mentioned, money means everything to those in the Capitalist world of Penny Punching Princess, so much so, that the enemies hell-bent on taking you down can simply be bribed into helping you. Money is power, after all. Bribing obviously requires money, so you won’t always have the ability to do so, meaning you must plan efficiently when to spend your money, and how much is wise to spend.

Enemies aren’t the only thing that can be bought by money. The Environment around you can be purchased to aid you also, such as fire breathing statues and spike traps. You can even pay off doors that allow access to loot you otherwise wouldn’t have been able to obtain. The fact that almost everything can be paid off except the end of world bosses is awesome, as it allows for variety in how you approach each level. If you’re keen to try your luck you can bet a cash amount of your choosing and try the coin miracle option, which could possibly reward you with some health or more money. There is a surprising amount of depth to the calculator mechanic, and despite it being rather simplistic in its execution, it’s an extremely unique and fresh idea that I enjoyed tinkering with. 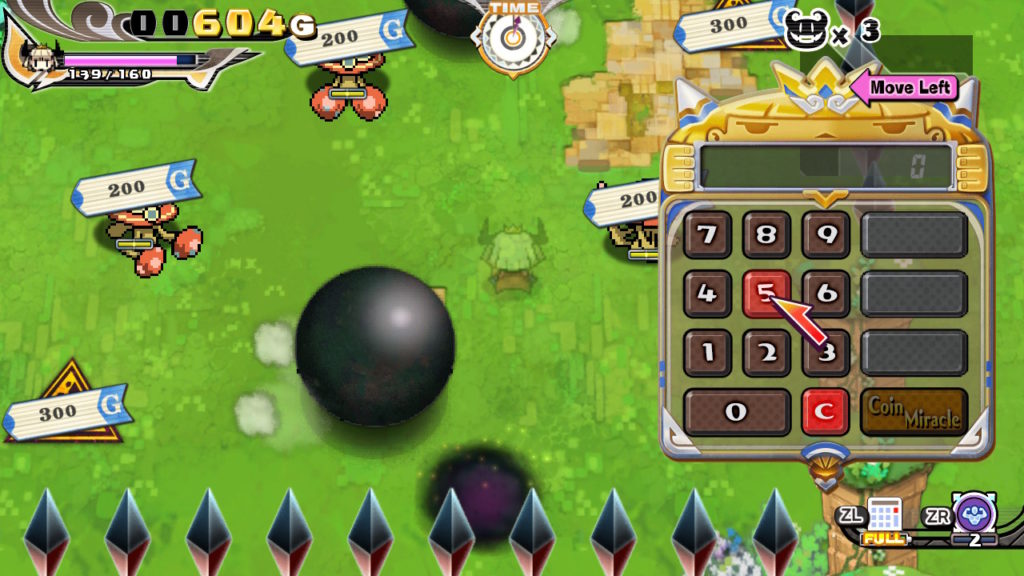 The Princess can also obtain upgrades by acquiring Zenigami statues from the golden chests in each level, which act as the games skill points currency. The skill points awarded for the collection of each statue allow for upgrades such as new attacks for the princess, more money dropping from enemies, as well as the expected health and attack upgrades. Despite not requiring much effort to find, locating Zenigami statues in each dungeon feels remarkably rewardable and satisfying. Zenigami statues can also be crafted, as well as armor, that come with certain buffs and effects. In order to craft said items, you must collect a certain amount of particular types of enemies, which means there is some grinding required at times. The grinding in order to craft statues or armor never feels too egregious, but it can often hinder the flow of the game. 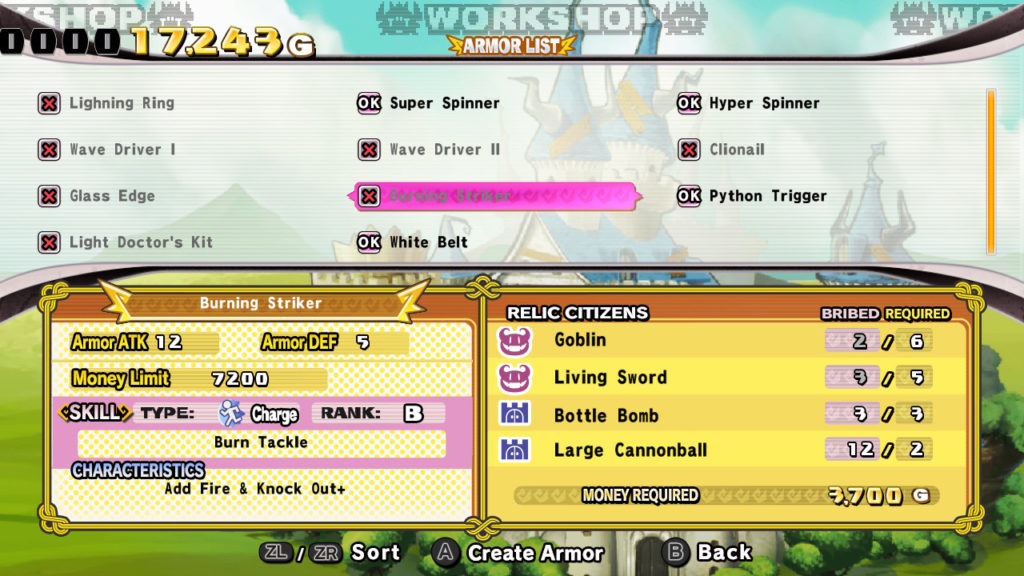 Despite the calculator being the most unique and exciting mechanic in the game, it does have a couple of shortcomings regarding its use. The calculator most of the time isn’t too difficult to use, but when in fights against plenty of enemies, it can be rather finicky trying to input the right cash amount and pick the ideal target to bribe. As you get more proficient with the controls, it becomes easier to juggle both dodging enemies and using your calculator, but it can be frustrating at times, especially when you overpay an enemy that you weren’t trying to bribe in the first place. 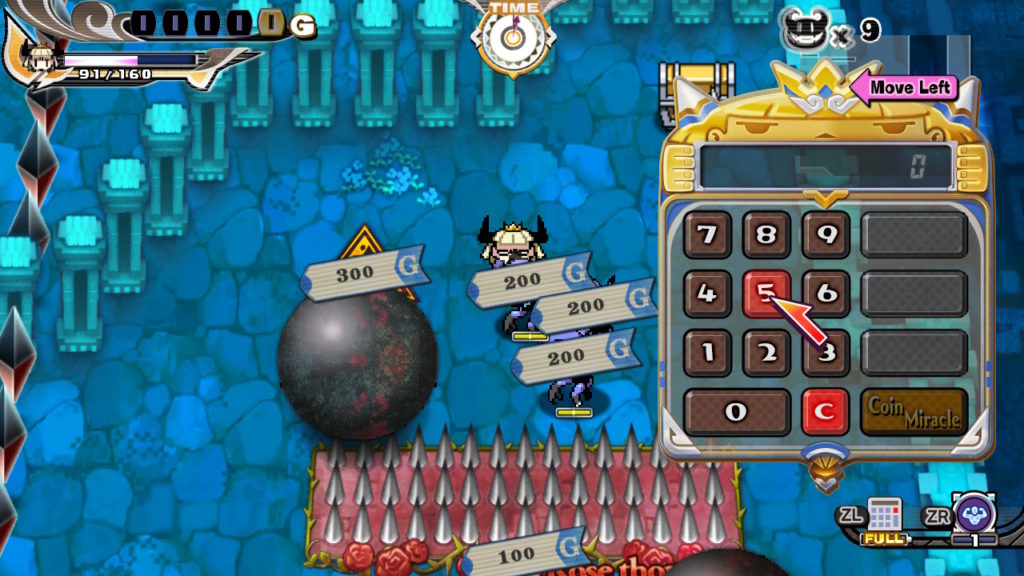 The biggest issue I had with the game however was the difficulty spikes. The difficulty often ebbs and flows, meaning that some levels will be an absolutely cakewalk, while others will be so difficult that you’ll be left to churn through already beaten levels numerous times in order to gather the resources to better upgrade your character. The difficulty of the game at times can often feel rather unfair, which is further compounded by the sparse checkpoints throughout each level. It’s never fun having to beat an area you’d already beaten 5-10 mins before dying again and again. These issues ultimately disrupt the games flow, which is definitely an annoyance, but if you can make it through some annoying moments there is plenty of fun to be had. 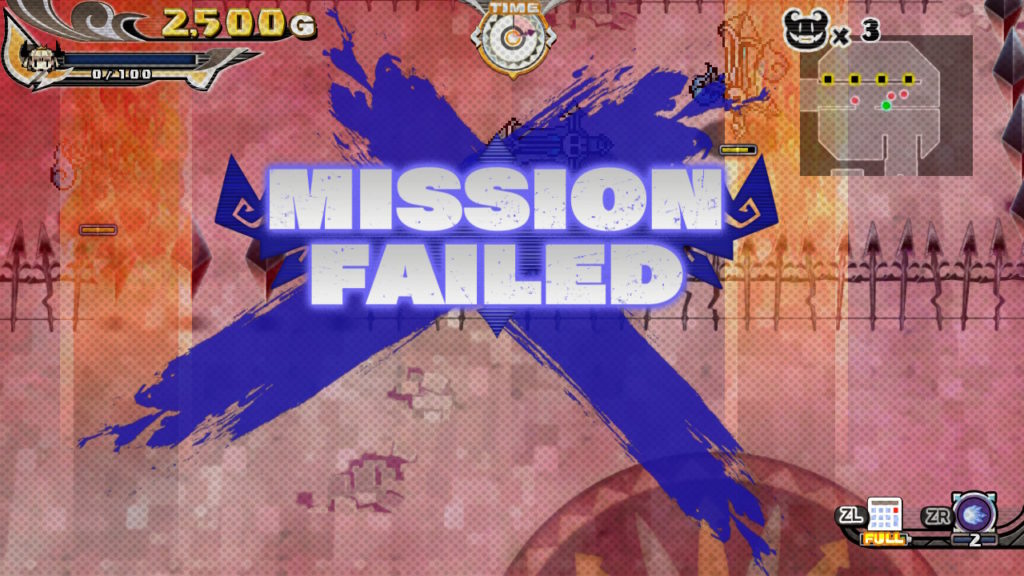 You will see this death screen plenty of times

Penny Punching Princess provides an extremely addictive experience. The narrative is ridiculous yet somehow rather amusing, the same of which can be said about the cast of characters, who all exhibit humorous writing that keeps the task of reading dialogue entertaining rather than monotonous. The gameplay of traversing dungeons, collecting coins, finding chests, and killing/bribing the multitude of enemies along the way is an extremely satisfying gameplay loop that remains enjoyable throughout the variety of chapters, albeit being derailed occasionally by the unpredictable difficulty spikes. Pair the aforementioned elements with a brilliant soundtrack and beautifully colourful visuals, and you’ve got yourself an awesome beat ‘em up RPG that is destined to keep you entertained for hours. Despite having some minor issues in regard to difficulty spikes and grinding, Penny Punching Princess is a thoroughly delightful experience that I implore everyone to try.

Big thanks to NIS America for providing the review copy of Penny Punching Princess on Nintendo Switch. 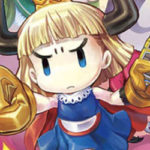