KAMIKO - Looking Ahead at a Loving Tribute - myPotatoGames

[dropcap]T[/dropcap]omorrow, SKIPMORE is going to drop KAMIKO, a 2D action-adventure game, on the eShop. There’s a lot about this game that’s not obvious from the title or description. Lucky for us, this game has already been out on the Japanese eShop for two weeks. So once again, we’ll be giving you an idea of what to expect if you choose to pick it up.

If the gameplay looks familiar to you, there’s a good reason for that. This game takes a lot of pointers from the Zelda series. In particular, this game seems to have extremely similar combat to A Link to the Past.

From the start, this game allows you to pick one of three characters to use, each with a different weapon of choice and abilities. Hopefully, that’ll add some great replayability because all reports thus far attest to this being a very short game.

Levels appear to have a rinse-and-repeat format of looking for four gates in each level to open the way to a boss encounter. Monsters appear suddenly as you wander around each level, and secrets and puzzles are everywhere.

While KAMIKO reminds us of Zelda in the gameplay department, the look and sound of the game share far more in common with indie classics like Cave Story. There’s a bright feel to the sprites used in the game. The music is in chiptune, similar to VVVVVV. I definitely think some of these songs will be stuck in my head by the time I finish this game.

KAMIKO is a 2D top-down action-adventure title with simplistic graphics, chiptune tracks, and a Zelda-like feel to the gameplay. It’s being published by Flyhigh Works and was developed by SKIPMORE. The title has a low price point at just $4.99 in the US, which makes up for the lack of length to the game. That length doesn’t necessarily hurt the game, though, as it seems very replayable, and can easily give new players at least an afternoon of good times.

KAMIKO makes its way onto the Nintendo Switch eShop on April 27th. We’ve linked gameplay of the first level below for anyone that wants to know more. 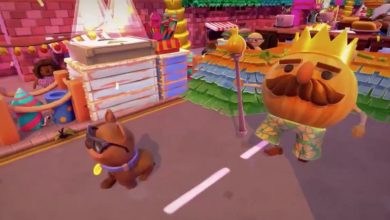