Scratch is back and nuttier then ever in Ice Age: Scrat’s Nutty Adventure for PC and console.

There have been many different games made that revolve around or include characters from the Ice Age movie series, one of the more popular being Ice Age 2: The Meltdown. In this new installment, we will get to play as Scrat, that lovable little prehistoric squirrel thing with an addiction to nuts. His erratic behavior made him a fan favorite in the series, so it is fitting that he is the main character in this soon to be released game.

Ice Age: Scrat’s Nutty Adventure is a 3D action adventure game that takes place in a prehistoric environment, obviously. The primary focus is avoiding all obstacles that one might encounter in said environment, such as blasting geysers and flowing lava. You do this all in an effort to find four special Crystal Nuts, and uncover the secrets of the Scratazon Temple. And no matter the baddies that he encounters, Scrat’s worst enemy will always be his horrible luck, which certainly comes into play in this whimsical Disney title.

For more details on Ice Age: Scrat’s Nutty Adventure, hop on over to Outright Games official website by clicking here. For more Disney and/or Pixar fun, be sure to check out our coverage of the new Toy Story DLC for Minecraft. Scrat’s Nutty Adventure releases in October this year, and will be available for Nintendo Switch, PC, Playstation 4 and Xbox One. 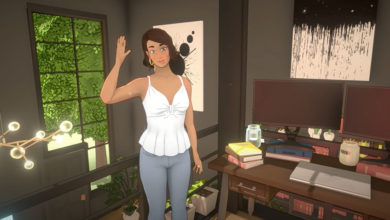