How To Catch A Snapping Turtle In Animal Crossing: New Horizons - myPotatoGames

April and May has introduced a variety of new critters for players to catch. One of these, is the popular snapping turtle. One reason for the creature’s popularity, is that unlike other critters, they bizzarely don’t have tanks. This gives the illusion that they are free-roaming. Therefore, people are creating habitats for them and keeping them as pets. Some people have even taken things to the next level and filled entire rooms in their houses with them. (PETA most probably definitely disapproves of your in-game shenaningans btw. Smh at you all, SMH) 😂. Another reason, is that the reptiles fetch a pretty penny, especially when sold to C.J. during his visits. However, you may be wondering, how do I catch one? I had no clue either, but after some extensive research, here are some tips on how to catch a snapping turtle in Animal Crossing: New Horizons.

Will I need a net or a fishing rod to catch one?

Although the snapping turtle is tecnhnically a reptile, and not a fish, you will still need a fishing rod to catch one.

Where can they be found?

Snapping turtles can only be found in rivers, so you won’t ‘snap one up’ in ponds or the ocean (sorry not sorry).

When can they be caught?

If you are wondering why you still haven’t caught yourself a snapping turtle, this could be why:

The creatures are night owls, (rather like Blathers), and only come out between 9pm and 4am.

The snapping turtle is present from April to October in the Northern Hemisphere.

In the Southern Hemisphere, the snapping reptiles are present between October to April instead.

How rare are snapping turtles?

They are relatively uncommon, therefore it may take a little while to bag pocket one. Especially when taking into consideration the below fish shadow information. ⬇️

The fish shadow of a snapping turtle is pretty large. It has a shadow size of 5, making it one of the larger ‘fish’ in the game. Unfortunately, it’s shadow is also the same size as a sea bass. Therefore you may have to endure a few of the sea bass’s terrible pun before you nab yourself your turtle.

If I catch one, what should I do with it?

You should probably donate your first one to the museum. When donating the snapping turtle, or asking Blathers for more information about it, he will initially remain professional. This doesn’t last for very long though, and he’ll soon go on to tell you an amusing anecdote:

“The snapping turtle is a large turtle known for it’s crocodile-like body and long claws. No, wait—it is better known for it’s ferocious bite, which it can deliver with shocking speed for a turtle. NO, WAIT—it is BEST known for that time one chased me across a parking lot and I had to climb on top of a car.”

After making the wise decision to donate your first specimin, you can then choose to either keep following catches as pets, or whether to sell them.

Will they bite or wander off?

No, the closest they will come to ‘biting you’, is opening their mouth wide and hissing at you if you interact with one using the A button. And no need to worry about misplacing your turtle, as they will stay in the spot that you placed them in. Essentially, they are like the other critters in tanks as they are fixed to one spot. However, they are unique in that they have no visible containment, and players can interact with them (albeit hostilely). *hiss*

How much do they sell for?

Nook’s Cranny will buy snapping turtles for 5,000 bells each.

C.J. will buy snapping turtles for 7,500 bells each. Therefore if you’d like to make a few extra bells, it’s worth holding on to any you want to sell until C.J. visits.

Some ideas for cute habitats if you decide to keep one or two, (or maybe ten) as pets:

🎶 Our house, in the middle of our river street 🎶😢

Somebody’s gotta step in for Katrina 😂

Improvise, Adapt, Overcome! If the Animal Crossing fanbase want something, they will get it, even if it means being creative. 💪

The sign may as well say ‘Mess with the turtle, and you’ll get hurt-le’ 😂

And on a final (mostly) wholesome note, here is Sherb reading a snapping turtle a bedtime story owo

But let’s be honest, it would probably have decimated the book and had a nice munch on Sherb’s arm if the game wasn’t rated E for Everyone (you can see it in its eyes I tell you). I don’t think amputation counts as comic mischief. So yes, the turtle is definitely enjoying a nice wholesome bedtime story like a good boi and not plotting the unsuspecting Sherb’s demise.

If you can work out how many times I said ‘snapping turtle’ or ‘turtle’ in the article you will get good fortune from the fortune telling turtle (providing he’s not in a snappy mood, which is never, making this prize redundant). I don’t even know the answer myself, but I feel like it’s a lot and am intrigued.

A big thank you to Charlotte Jones for allowing me to visit her awesome island, Buttercup, letting me take some photos of her beautiful turtle habitat, and allowing MyPotatoGames to use an image. Her turtle habitat is the featured image for this article, shown at the top of the page. 😊

Animal Crossing New Horizons Fish And Bugs Leaving In May 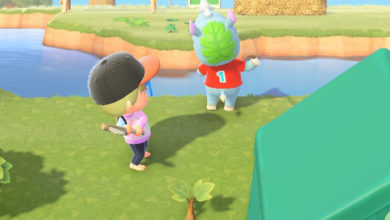 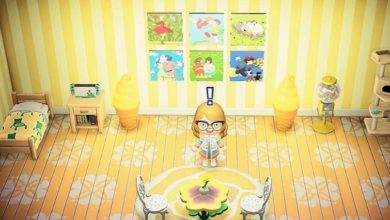