Earthlock is a game heavily inspired by the JRPGs of yesteryear, attempting to provide a gameplay experience reminiscent to that of a PS1-era Final Fantasy game. Previously releasing on Xbox One and PC in 2016, and Wii U and PS4 in 2017 as Earthlock: Festival of Magic, Earthlock shakes off its old name, offering new features that the original release was sorely lacking. The new and improved version of Earthlock which has released first for Nintendo Switch is said to provide a better fleshed-out story, crafting, side quests and much more. Earthlock makes a decent attempt of replicating the magic of 90’s JRPGs, but the game’s myriad of problems prevent it from becoming a title worthy of comparison to the revered game it’s inspired from.

The story is set in the world of Umbra, a world that has been affected by a catastrophic event that has ceased the world from rotating (thus the title Earthlock). The horrible event, known by the people as the Deadly Halt, has left the world in disarray. Areas that were once livable have become uninhabitable deserts or have been shrouded in snow, leaving humanity to seek refuge in the areas free from the harsh conditions. The story centres on Amon, a desert scavenger, who after uncovering a mysterious artefact quickly finds himself in a spot of bother. His Uncle is kidnapped by a mysterious group who have an interest in the artefact, and Amon must find a way to reunite with his Uncle. Amon isn’t alone on his journey, with plenty of allies joining him along the way, such as the adorable Hogbunny Gnart Tigermoth as well as Ive Lavender, a rebellious soldier from the Great Wave, desperate to prove she’s more than the just the general’s daughter. 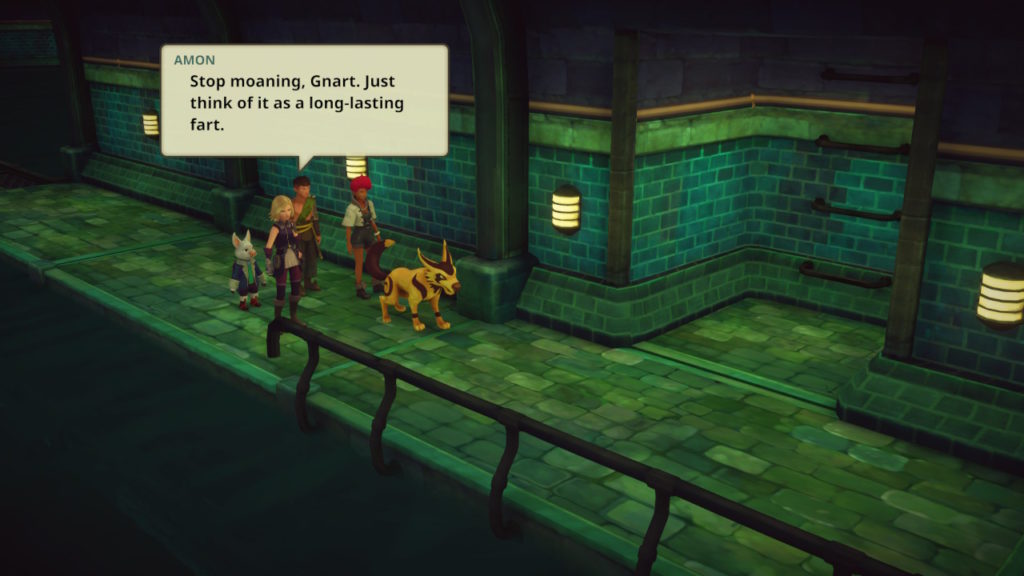 The characters that form your squad throughout the journey are quite enjoyable, despite being very cliched. Characters exchange the odd piece of witty dialogue, but they still felt rather bland most of the time, lacking the amount of character depth required for me to feel truly invested, which was truly a shame, as I really wanted to love the characters. The story does take a while to kick into gear, and even when the narrative began to get slightly more interesting, my lack of engagement with the world lead to myself feeling not a lot of interest. For those that do find enjoyment in the game’s world, there is a decent amount of lore to be found, I just never felt compelled enough to look for it. The characters are decent albeit generic, but the issues with the narrative and it’s pacing made it hard to remain invested. 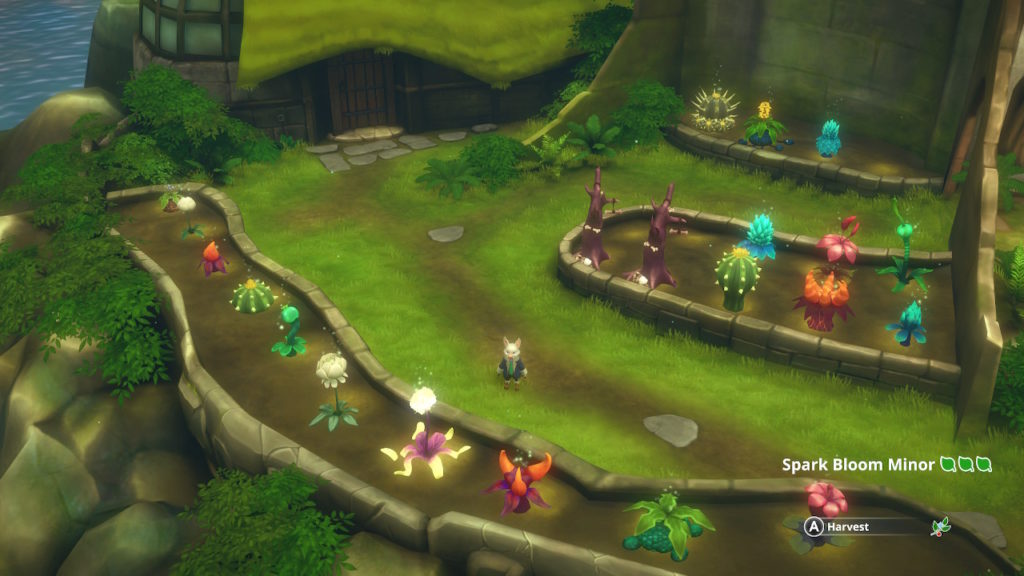 In terms of gameplay, Earthlock provides a turn-based system that occasionally shines, but more often than not is littered with minor annoyances. The combat despite its simplicity was often rather enjoyable, with more strategic combat than I thought there would be. Each character has two battle stances, which provide different ways to approach a battle. For example, Amon has a stance that focuses on melee attacks, and another stance that swaps the melee attacks for a spud gun that provides ranged combat options. The variety is appreciated, offering up different approaches to battles.

The ability to design your character’s talents using the talent point chart, and having characters bond over time to unlock special abilities were also aspects I enjoyed. In my playthrough for example, Amon and Gnart were inseparable, and when their bond meter reached max, Amon would be able to significantly damage the entire enemy squad, and then Gnart would heal him. Having six different characters to choose from to compile a team of four was also something I liked, as having the freedom of variety in your team composition could lead to a team that suits your style. The issues with the combat is how stale and repetitive it begins to feel, especially as the game progresses. This issue is further compounded by the overall slowness of the combat, as encounters seem to drag on far longer than they need to. Avoiding combat in a JRPG is an immediate bad sign, and during my time with Earthlock, I had periods where I’d attempt to avoid battles completely. I did find enjoyment in the game’s combat, but it does begin to get particularly grating. 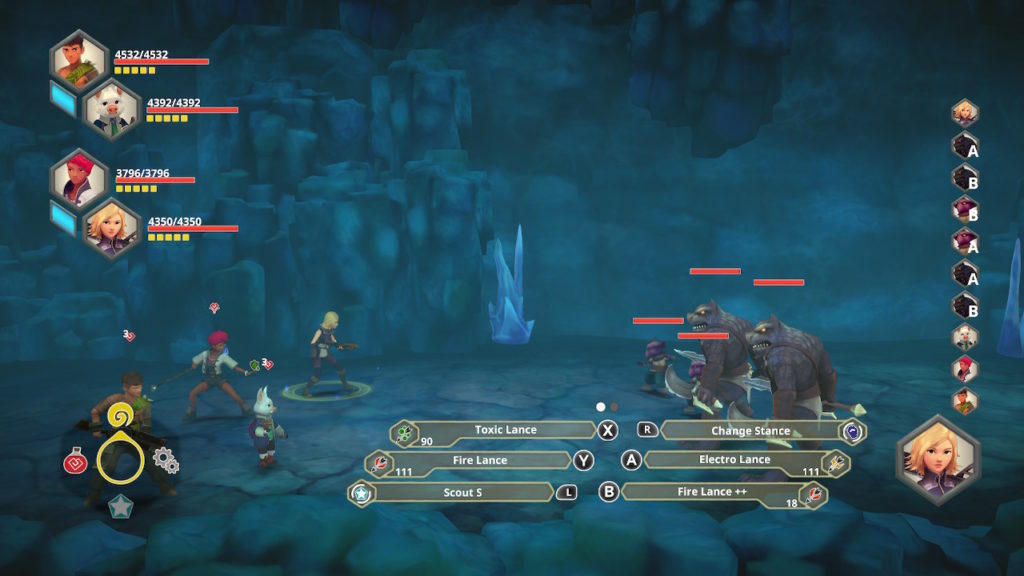 When you aren’t in combat, you’re free to travel the world of Umbra as you wish. There isn’t a great deal to do other than the stick to the story or fight random hordes of enemies, but there are a few other options, in the forms of side quests and crafting. The side quests throughout the game sadly feel like an afterthought, often requiring you to simply collect a certain amount of the required item, but the games crafting was surprisingly enjoyable. Unlike crafting games that make you wait significant periods of time, Earthlock allows you to plant seedlings and craft ammunition and potions from your collected materials almost immediately. I appreciated the simplicity of the crafting system, as it never felt overly menial. 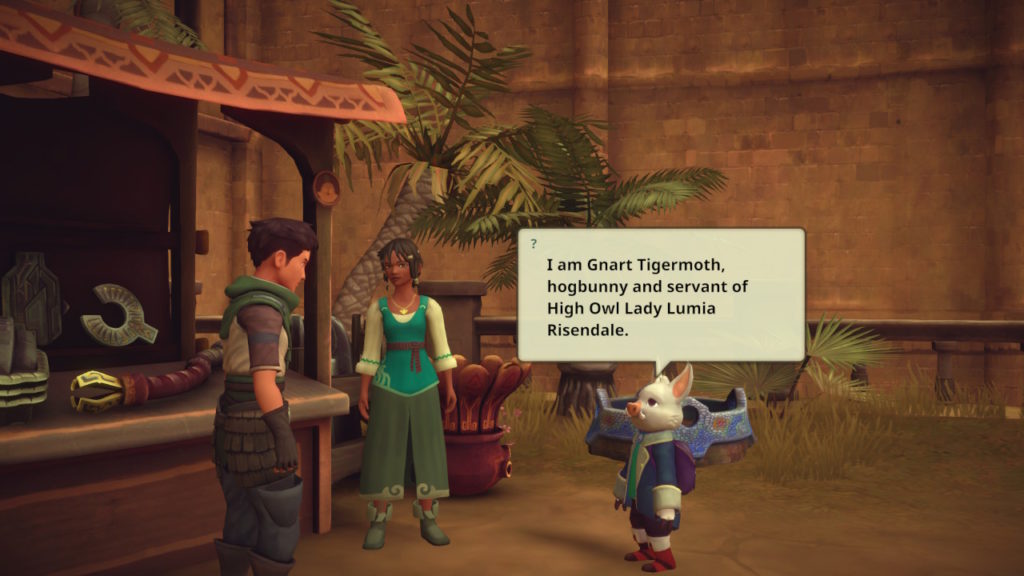 One of the most unforgiving issues I experienced during my time with Earthlock was the difficulty spikes that came out of nowhere numerous times. The game overall isn’t overly difficult, but the spikes that occurred multiple times completely ruined the flow of the game. Making your way through a dungeon with ease, and immediately becoming useless in the next area soured me so heavily that I at times turned the game off completely. JRPGs are known to require some amounts of grinding, but the amount of work required to become competitive again often didn’t feel worth it, with the last quarter of the game suffering from this issue significantly. It’s disappointing that the game is littered with these asinine difficulty spikes, as I’m sure it will be a reason that some will stop playing the game completely.

Overall, despite myself having a myriad of gripes with Earthlock, I did find it to be a rather good game. The combat had its moments, the story was serviceable, the characters are likeable, the music is great and the talent point system and crafting is fun to tinker with. Earthlock is a game I wanted to love, and despite the fact that it had its fair share of issues mainly was difficulty spikes and boring moments, I do believe it’s a game you should try if you have a strong love for 90s JRPGs. It may not match the quality of a Final Fantasy game, but it does offer up a decent JRPG experience.

Big thanks to Snow Castle Games for providing the Earthlock Switch Download Code for this review. 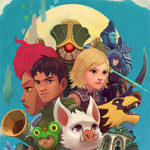