Upon first glance of Celeste, it’d be easy to determine that it’s a retro-inspired, overly difficult 2D platformer similar to games such as Super Meat Boy, VVVVV, and 1001 Spikes. While Celeste does indeed nest itself alongside the aforementioned titles, it manages to place itself on a pedestal above games of a similar ilk, successfully managing to pair brilliantly designed platforming gameplay, with a story that focuses on a particularly serious subject matter.

Despite being part of a genre that doesn’t favor having much of a narrative presence, Celeste offers an interesting story, centering on the main character Madeline and the internal battle she has with her emotions. Madeline has set herself a personal goal, to climb Celeste Mountain. She’s a sweet, quirky and caring young woman who is lost within herself, clearly struggling with the mental demons that accompany anxiety and depression. Her fears and insecurities appear before her in the form of her reflection, a physical manifestation of her personal demons. This alternate version of Madeline represents her negative side, a side of her that she must learn to overcome. 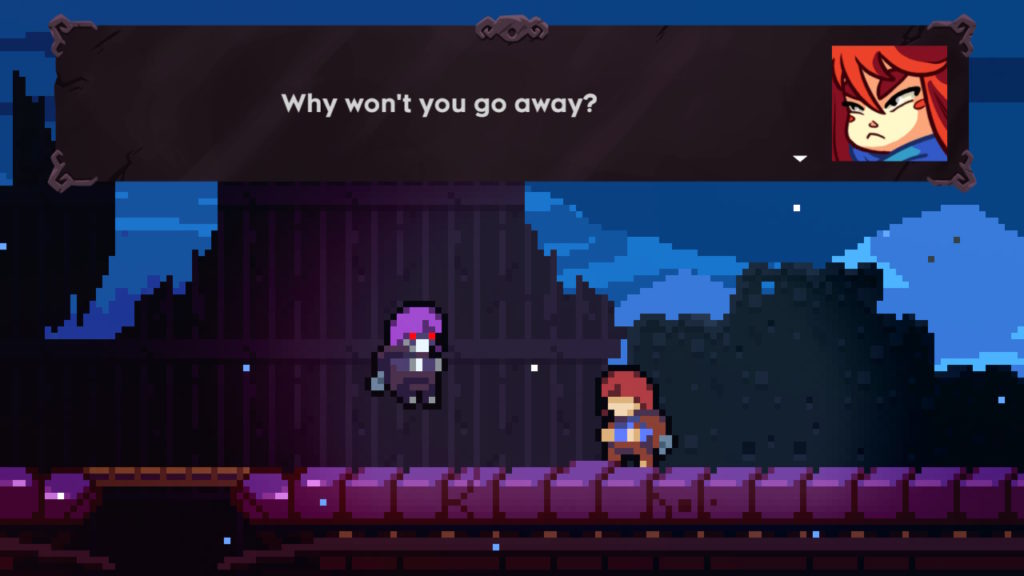 While journeying up the titular mountain, and fighting against her negative self, Madeline meets some interesting characters. Mr Oshiro is an insecure ghost who runs the abandoned hotel on Celeste Mountain, while Theo is another climber, who is a charismatic photographer trying to garner a following on the social media platform InstaPix (cute nod to Instagram). Each character in Celeste has interesting and charming dialogue, making the exchanges with characters enjoyable. If narratives aren’t what you’re after, dialogue and cutscenes can be skipped, but I implore you to listen to the story that Celeste wants to tell. 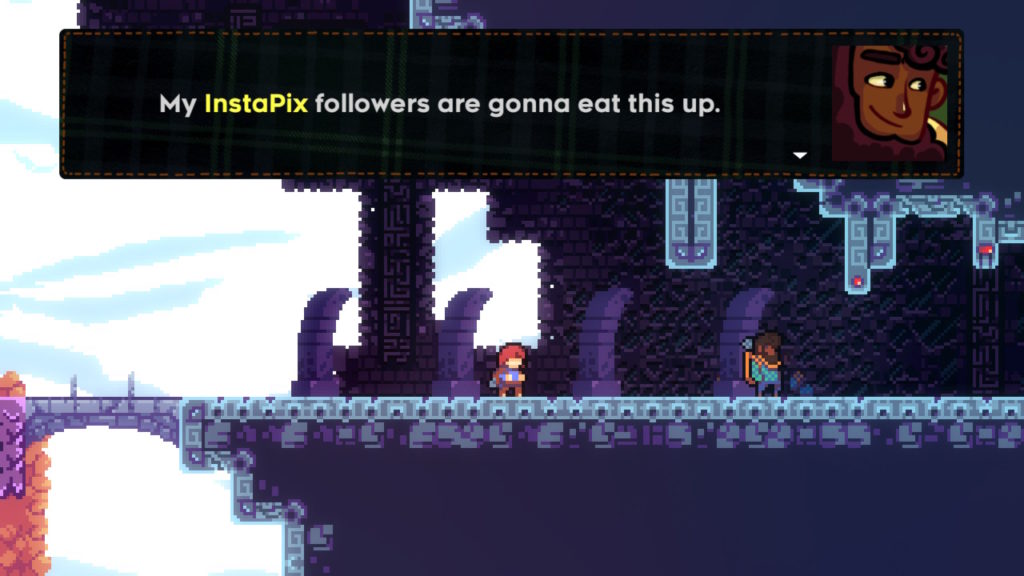 Celeste’s story is about overcoming obstacles and hardships in life, and that at the end of the day, if you believe in yourself, you’re more than capable of succeeding. The message of the story can be also be attributed to Celeste’s gameplay, as learning from your failures in each level is the key to progression.

Speaking of gameplay, Celeste’s is near perfect, offering up a challenge while also being fair to the player. The game can initially feel unfair, and deaths will undoubtedly hurt and frustrate, but they are almost always at the fault of the player, which is a testament to the game’s rock solid design. What aids Celeste’s brilliant gameplay is the fluidity of its movement, as traversing through the variety of environments on your journey to the peak of Celeste Mountain feels brilliant. The smoothness and ease of movement that the games mechanics provide allows the game to explore multiple different types of puzzle designs, with nothing feeling overly impossible to achieve with the tools you are given. Madeline can jump, dash and climb throughout her ascend of Celeste Mountain, with each mechanic having a limitation (must touch the ground to recharge dash ability etc). The mechanics and levels pair perfectly, maintaining a fair challenge throughout the entire journey. If things get tough, there’s an assist mode, that allows for tweaking of game speed, amount of air dashing etc. Celeste’s gameplay is remarkably refined as is, while still offering those who may struggle a way to cater the experience to their liking. 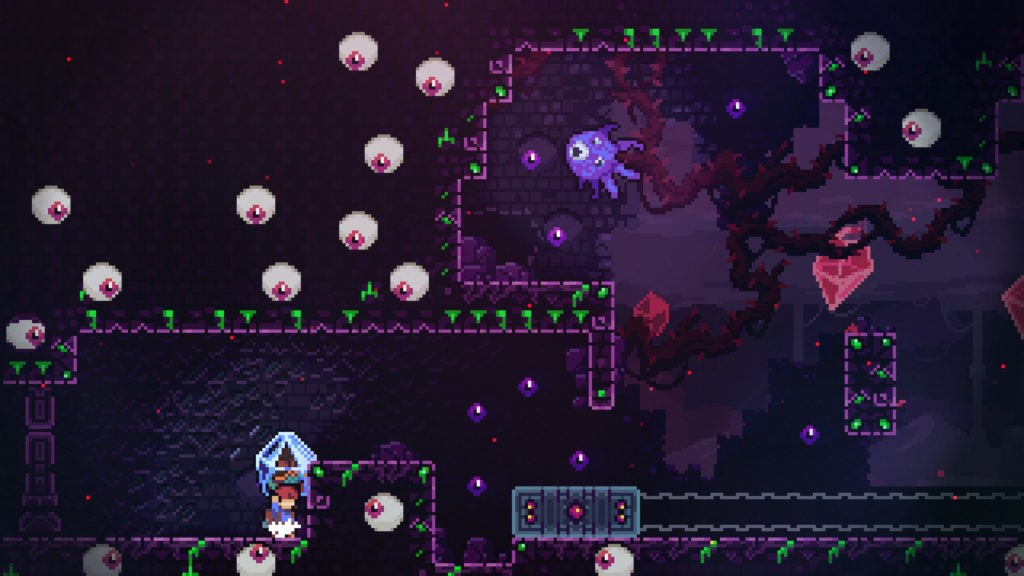 Each level in Celeste has its own distinct look and feel, from the to be expected snowy mountains, to a decrepit hotel and a long lost city. Each level also brings a new mechanic to the table, ensuring that there is always something fresh and new to encounter in each subsequent level. For example, one level has red tendrils sprouting from its floors and walls, that if touched, spout out a red tumor that will kill you if you have to touch it again. This mechanic eliminates the ability to backtrack, meaning you have to make the most of every step in order to progress. The variety in each level sets them apart, showing off Celeste’s sheer amount of creativity in its level design. The game’s levels each have distinct tasks required to progress, such as locating a key to unlock a door, but for those keen to stray off the beaten path, there are plenty of additional goodies to find. 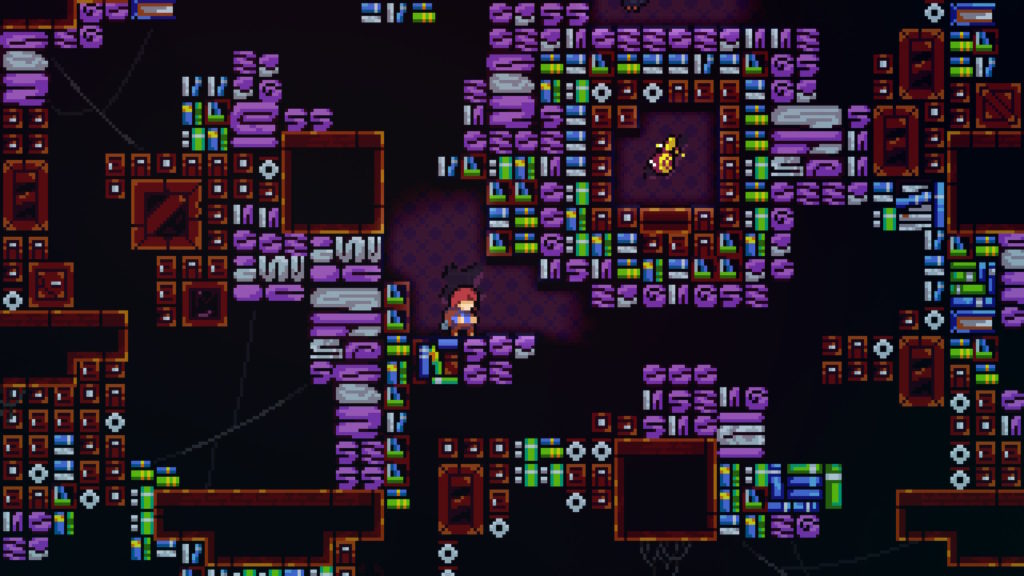 Strawberries serve as Celeste’s main form of collectible, providing a reward for completing optional rooms or finding hidden pathways. Strawberries provide no real reward at all, they simply serve as something to collect as a badge of honour, and despite not having a huge pay off for their collection, they had me hooked in my attempt to collect them all, which is a testament to how fun the challenges around them are. Strawberries aren’t the only special items you’ll find during your time with Celeste, as each level contains a particularly well hidden Cassette tape, which offer an alternate and far more difficult rendition of the level the tape was collected in. These alternate levels, known as B-Sides (cute cassette tape reference) provide Celeste’s true test, as they pose a far greater challenge than the already tough original levels. For example, in a single run of a B-Side level, I died 600 times, which was half the amount of deaths I accrued when playing through Celeste’s 7 main story chapters. The B-Sides are nice rewards for those keen to test their skills. Blue crystal hearts also appear in Celeste’s main chapters, with their collection allowing for access to a Chapter 8 after completing the main game. Overall, Celeste’s smooth gameplay and fun to obtain collectibles come together to provide a challenging but addictive gameplay experience that is hard to escape the grips of. 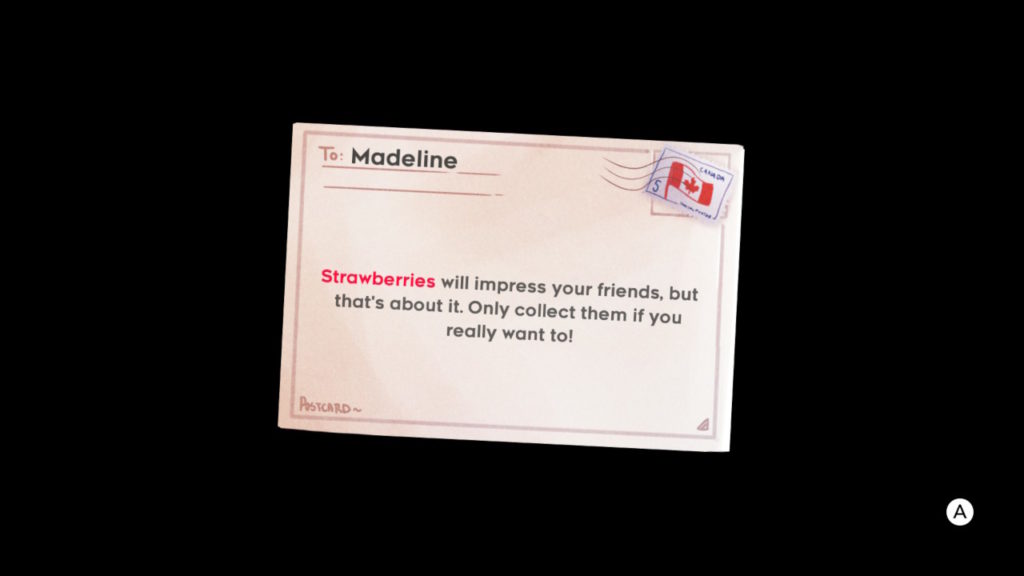 Celeste is arguably one of the greatest platformers ever created, masterfully pairing smooth and rewarding gameplay with a meaningful story with a strong message. The gameplay feels amazing to play and is always an enjoyable experience, the soundtrack aids the feeling of each level perfectly, and the narrative is both compelling and well executed, with a bunch of delightful characters featured throughout. Celeste is a lovable and addicting adventure, and a game I recommend that everyone experience at least once.

Celeste has been reviewed on the Nintendo Switch. 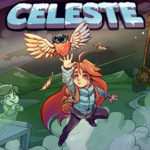