This article is a review of the Nintendo Switch version of Little Dragons Cafe.

Little Dragons Cafe is a game that was made by the creator of Harvest Moon, Rune Factory, and Little King’s Story. With that in mind, before the game even came out there were high expectations for it. It was released on Nintendo Switch back in August of 2018. This game has a delightful story and brings a refreshing spin on the usual game formula.

Little did I know when I started to play Little Dragons Cafe that I’d become so invested in the story line and characters. A small family of a mom, brother, and sister run a cafe together. One day, mom gets sick and you find out that she’s half dragon. An old man appears and tells the brother and sister that if they run the cafe together and raise this baby dragon well, their mom will be cured. Along this journey, they meet some interesting characters which you’ll quickly find yourself wanting to hear all about. The strongest part of this game is the wonderful story it tells you with almost every brand new in-game day. Some times I would sleep through a day just to get to the next part of the story!

The gameplay has three different modes in a way. One is where you’re running your cafe, another is a cooking mini-game, and then the third one is exploring and gathering ingredients. Rinse and repeat. Repeat. Repeat.

Running your cafe was my personal favorite part of the game. Your cafe becomes most busy during lunch and dinner where you can help out by taking orders, delivering meals, and cleaning dishes. Even though this was a very small part of the game, I enjoyed it and enjoyed the role playing aspect of this part. Running your own cafe is such a lovely thought. The only downside to this part of the game play was that it ultimately didn’t matter. If you let your employees slack and leave your customers disappointed, there was no negative effects. There was really no reason to go back to your cafe and help run it. I feel like they could’ve integrated this quite a bit more to make it have more meaning.

The next part of gameplay is the cooking mini-game. In order to make any sort of recipe in-game you need to cook it by doing this. This mini-game is just a quick few seconds of following a rhythm and hitting the keys at the proper time. Nothing new but always fun to do.

There is some great music in the game that I enjoy listening to but the sounds got annoying fast. The dragon sounds absolutely adorable the first couple of times he squeaks at you. However, a lot of these noises are used so many times within the game that they go from cute to annoying. I was constantly trying to avoid my dragon so I wouldn’t hear him squeaking at me. I also ended up muting my game when I was going around exploring and whistling for my dragon to come help me.

On the other side of the noises becoming annoying after a while, the music is absolutely wonderful. It was such a pleasant experience to be sitting in-game watching a beautiful sunset while listening to the serene music play.

Besides the fact that this game can get very repetitive, very fast, this game has some very promising features to it. It was a refreshing style of game with very different graphics than is commonly seen. The music is beautiful and who can say that the baby dragon isn’t crazy adorable?

Little Dragons Cafe is available on PC, Nintendo Switch, and PS4. For more games similar to this one, stay tuned to myPotatoGames! Happy Gaming! 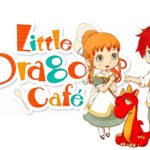 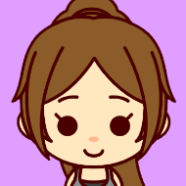